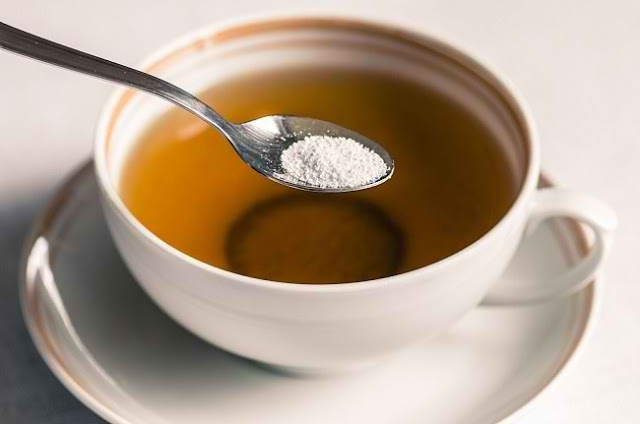 Sorbitol is a type of sugar alcohol sweetener. Although classified as sugar alcohol, this sweetener does not contain ethanol alcohol compounds that cause a hangover effect. Sorbitol is water soluble and occurs naturally in many fruits, such as apples, dates, berries, and peaches.
Compared to granulated sugar, the calories in sorbitol are relatively low, which is only about 60% of the total calories in granulated sugar. Therefore, sorbitol is often used as an alternative to sugar in foods or beverages. Not only that, sorbitol is also often used as a food additive and preservative.

Various Benefits of Sorbitol for Health

Not only as a sweetener, sorbitol also has good health benefits. The following are some of the benefits of sorbitol:

Sorbitol is often used as an alternative to sugar for diabetics. This is because sorbitol is low in calories and does not cause high blood sugar increases.
However, before choosing and using sorbitol as a sweetener in foods and beverages, diabetics should first consult with their doctor to find out the right dose of sorbitol.

Sorbitol is often used as an alternative sweetener in sugar-free gum and mouthwash. Unlike regular sugar, which can damage teeth, sorbitol does not cause damage to the protective layer of teeth or tooth enamel, thereby reducing the risk of plaque and cavities forming.

Sorbitol can increase the absorption of water in the intestines, soften stools, and stimulate bowel movements. Therefore, sorbitol is often used as a laxative to treat constipation.
Not only that, some research also shows that sorbitol has prebiotic properties. However, sorbitol can sometimes cause discomfort or even stomach upset, if taken in excess in excess.

Things to Pay Attention to when Using Sorbitol

As mentioned earlier, sorbitol has a laxative effect. In some people, consuming large amounts of sorbitol or sugar alcohol can cause flatulence, nausea, vomiting, frequent farts, and diarrhea.
Although low in calories, sorbitol can still increase blood sugar, especially if consumed in excess. You may not even realize you're taking sorbitol because foods or drinks that include this compound are often labeled "sugar-free" or "no added sugar" on the packaging.
However, you need to remember that food or drink that is labeled "sugar-free" does not mean that it is completely free of sugar.
If you want to use sorbitol as an alternative to sugar, it's a good idea to consult your doctor first, especially if you have diabetes.