Shrimp is one of the marine food (seafood) with a variety of nutritional content. Shrimp is widely known as a source of protein, which is important for the formation of body cells. In addition, there are various benefits of shrimp for health, including to prevent disease. 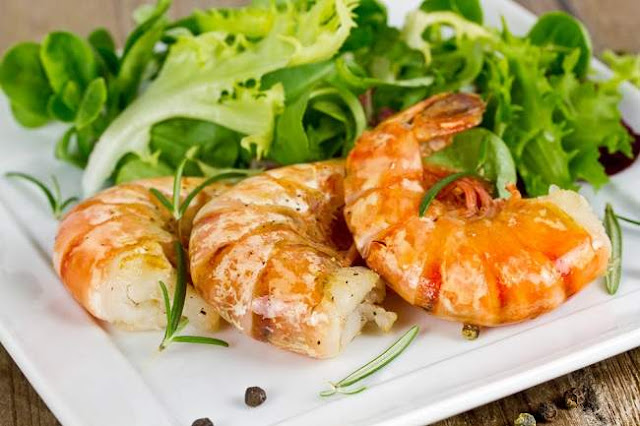 When compared to other seafood, the mercury content in shrimp is also relatively low, so it is safe to consume as long as it is not excessive.

Recognizing the Various Benefits of Shrimp

The following is a further explanation of the benefits of shrimp according to their nutritional content:

Protein is a component needed to form body cells. Protein is also used to build and repair body tissues, and to produce enzymes, hormones and other body chemicals. Because protein is not stored by the body, it is very important to get enough protein every day.

The role of iodine is very important, especially to support the performance of the thyroid gland in producing hormones. Iodine deficiency can trigger goiter, infertility, autoimmune diseases and increase the risk of some cancers. The main source of iodine is now mostly obtained from salt, but seaweed and shrimp can be consumed to obtain iodine intake.

Omega-3 fatty acids to reduce the risk of heart disease

Calcium for bones, teeth and other body performance

The calcium content in shrimp is beneficial for maintaining healthy bones and teeth. Some studies also mention, calcium is useful to help overcome conditions of high blood pressure, premenstrual syndrome and weight gain. Calcium intake needed daily is around 1000-1200 milligrams for ages 10 years and over.
Although the benefits of shrimp are very many from a variety of nutrients, the cholesterol content in shrimp is relatively high, which can reach 250 milligrams per 100 grams of shrimp. Therefore, people with high cholesterol are recommended to consult a nutritionist to determine how much shrimp should be consumed. In addition, shrimp consumption also has the potential to cause allergic reactions in some people.
The benefits of shrimp with its high nutritional content are indeed very good for health. However, pay attention to the portion of shrimp consumption and your health condition when consuming it.