Benefits of Red Spinach that You Need to Know

Benefits of Red Spinach that You Need to Know

Red spinach or commonly called Chinese spinach is one of the plants with high economic value. Although red spinach has the same taste as green spinach, its color content makes the benefits of red spinach as an antioxidant superior. 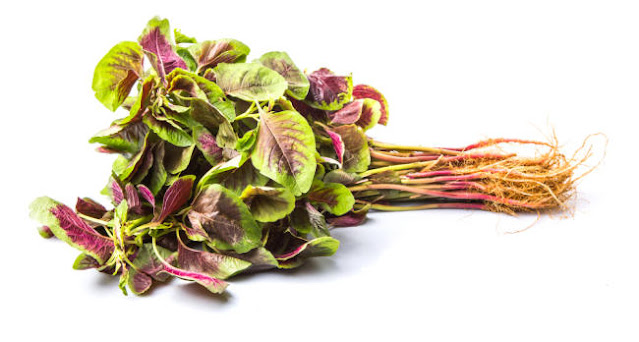 Just like spinach in general, this plant named Latin Amaranthus dubius is considered to have a myriad of benefits. Although called red spinach, this type of spinach has purplish red leaves and stems. This red spinach can grow in hot climates that are exposed to a lot of sunlight, including in Indonesia.

Green and red spinach contain nutrients that are good for the body. The nutrients contained in this vegetable include complex carbohydrates, fiber, water, as well as vitamins A, B, C, K, folate, and minerals such as potassium, iron, calcium and magnesium. In addition, red spinach contains anthocyanins which give this vegetable its purplish red color. This substance has antioxidant properties.
Apart from being a source of nutrition, the following are some of the potential benefits of red spinach that you need to know, namely:

A study using red spinach extract, which contains nitric oxide, was conducted to examine the effects of these vegetables on body performance after exercise, blood vessel health, and blood flow.
This study shows that red spinach extract is able to stimulate the formation of natural nitric oxide in the body. This effect is seen to improve the flexibility of blood vessels, help improve blood flow, maintain heart health, and help lower blood pressure even in small amounts.
However, this research is still limited to small-scale studies. To ascertain the effects of red spinach for vascular health and its potential as a medicine, further scientific studies are still needed.

Another benefit of red spinach is to fight cancer. Based on research in the laboratory, it was found that red spinach extract which has high antioxidants can inhibit the growth of cancer cells. Unfortunately, this finding needs to be studied further because it is still limited to the results of research in the laboratory, and has not been clinically tested in humans.

In addition to maintaining a healthy heart and blood vessels and fighting cancer, red spinach is also thought to help control cholesterol and blood sugar levels. A study on mice showed that red spinach can reduce blood sugar levels, triglycerides, and cholesterol. However, the benefits of red spinach on this one have not been tested in humans, so it still cannot be used as a treatment.
Although there are not many studies on the benefits of red spinach, this vegetable is already commonly used as a food ingredient, including in Indonesia. Therefore, there is no harm in including red spinach as a healthy food choice for your daily consumption.