Benefits of eating snakes and side effects

Benefits of eating snakes and side

The assumption that eating snakes can cure certain diseases makes many people interested in consuming them. So is it true that eating snakes brings benefits? Let's see the explanation below, so you know the benefits and risks that can occur. 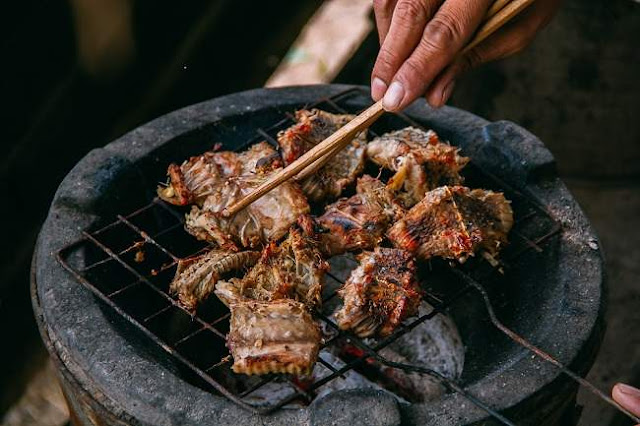 Eating snakes is believed to be able to overcome certain diseases and bring health benefits. However, this benefit cannot be obtained arbitrarily, because not all types of snakes can be used as food and treatment

In addition to consuming its flesh and blood, another snake's body part that is believed to be able to overcome several types of disease is its bile. Bile of pythons, for example, is claimed to be able to treat high fever in children.
Besides being able to relieve fever, consumption of pythons and their bile is also claimed to be able to overcome various health problems, such as:
In addition to pythons, consuming the bile of black snakes and cobras can also be a cure for certain diseases. A study says that eating black snake bile can help treat leprosy. As for cobras, consumption of bile and blood is believed to be able to increase male stamina. Even so, all the benefits of eating this snake still need to be studied further.

Recognize the Side Effects of Eating Snakes

There are no studies that show the effectiveness of eating snakes for maintaining health. Therefore, before being tempted by the benefits, you should also consider the risks that can occur when consuming snakes.
One of them is poisoning. Poisoning can occur if the poison and Salmonella bacteria that are still attached to the snake's flesh are swallowed. The risk will be even greater if you eat snakes that are cooked in an inappropriate way.
Another risk of eating snakes is getting a parasitic infection. A study revealed that snake consumption can cause various parasitic infections, such as trichinosis, pentastomiasis, gnathostomiasis, and sparganosis. These infections cannot be underestimated because they can cause serious health problems.
So, don't be easily tempted by various news and claims about the benefits of eating snakes. If you have certain medical conditions and want to take alternative medicine, including by eating snake meat, always consult with your doctor first to get the right information.

Come on Mom, get used to your little one drinking water this way

Don't Miss the Benefits of Yogurt for Pregnant Women

Food Choices for a Satisfying Diet