Benefits and Risks of Taking Saccharin

Benefits and Risks of Taking Saccharin

Saccharin is a type of artificial sweetener that replaces sugar. Although it has a sweet taste that is up to 300-400 times stronger than sugar, saccharin is low in calories. This is the reason why saccharin is often used by diabetics. 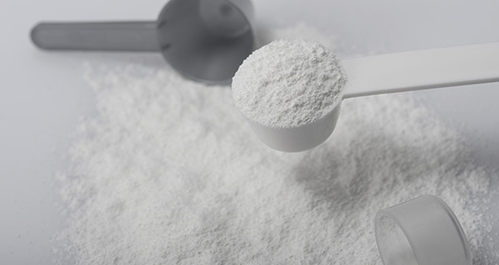 Although saccharin has many advantages over sugar, you still need to be careful when consuming it, especially in large quantities, because it can pose various risks. Therefore, first consider the benefits and risks of consuming saccharin for health.

Saccharin is widely used as a sweetener in various processed foods and beverages. This is not without reason. Saccharin does have many advantages, including:

Can be mixed with other sweeteners

One of the advantages of using saccharin as an artificial sweetener is that it can be mixed with other sweeteners. When mixed, saccharin is able to compensate and complement the shortcomings of each of the other types of sweeteners. This mixing is generally done to keep the sweet taste last longer.

The use of saccharin can help people with diabetes. The reason, this artificial sweetener can pass through the digestive tract without being digested first, so it does not produce calories. Even so, saccharin can still trigger the release of insulin because of the sweet taste it contains.

A study shows that the use of saccharin can prevent cavities and dental caries, in contrast to sugar which can trigger the growth of bacteria that cause tooth decay and disrupt the balance of acidity (pH) in the mouth.

Saccharin can be an alternative to sugar for people who are reducing or maintaining weight, but still want to taste sweet foods and drinks. Taking saccharin does not cause weight gain because it contains no calories.

Consider the Risks of Taking Saccharin

When consumed in high concentrations, saccharin can taste bitter or have a metallic odor. In addition, there are other risks of using saccharin that also need to be known.
Although there are many types of artificial sweeteners that can pose health risks, saccharin is considered relatively safe, as long as it is not consumed in excess. In some studies, the use of saccharin has also not been shown to cause cancer (carcinogenic) in humans, and does not increase blood sugar levels.
However, the use of saccharin is still not recommended for infants, children, and pregnant women, because it is feared that it can cause an allergic reaction. However, this has not been supported by adequate evidence.
As an artificial sweetener, saccharin still needs to be consumed in a limited way. Some people are advised not to use saccharin, due to the risk of allergies. If necessary, first consult with your doctor about the safe use of saccharin.