Bean Sprouts is one type of vegetable that is widely consumed by the people of Indonesia. There are many benefits of sprouts that you can consume, but there are some things that need to be considered to prevent risks that can interfere with health. 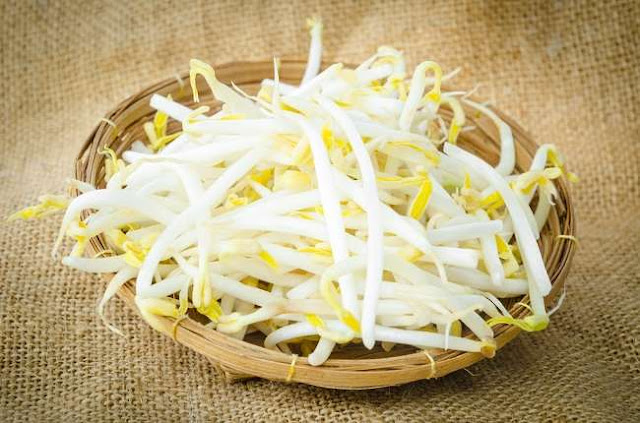 Bean Sprouts is also one of the nutritious foods that are easily digested. A nutritionist said that the process of growing seeds into sprouts (sprouting) is a process of breaking down the shape of the grain.

One of the most common benefits of sprouts is to ease the work of the digestive system in the body, while helping the absorption of iron, vitamin C, and zinc contained in sprouts. That's why sprouts can be the right choice for those who have indigestion, or who have a hypersensitivity reaction to grains.
Besides being good for digestion, the benefits of sprouts also play an important role in controlling blood sugar levels. This is based on a research theory which states that sprouts have the ability to regulate the activity of the amylase enzyme, an enzyme used by the body to break down and digest sugar.
Another benefit of sprouts is that it can reduce risk factors for heart disease, such as high cholesterol levels. By consuming sprouts, it can lower bad cholesterol (LDL) and increase good cholesterol (HDL). However, until now, further research is still needed.

Things to Pay Attention to When Consuming Bean Sprouts

Although it is known to have various benefits, there are several things you need to know before consuming sprouts. Generally, sprouts sold in the market have the possibility of containing Salmonella bacteria. These bacteria can cause infection, which causes abdominal pain, diarrhea, headache, dizziness, vomiting, and fever. In addition, there is also a risk of sprouts being exposed to E. coli bacteria which can also cause infection.
This may be due to unhygienic seed selection, poor sanitation, or contamination during the sprouting or sprouting process. In addition, warm and humid conditions during the process of turning beans into sprouts can also support the proliferation of bacteria.
To consume sprouts safely, do the following:
What needs to be re-emphasized in consuming sprouts is to avoid consuming raw sprouts. It is recommended to cook the sprouts until they are completely cooked, in order to avoid various harmful bacteria. This can make the benefits of sprouts remain optimal when consumed, without causing health risks.