Be Careful Taking the Benefits of Ganoderma Mushrooms

Be Careful Taking the Benefits of Ganoderma Mushrooms

Mushrooms are one of the delicious food ingredients. Not only as food, there are also several types of mushrooms that are used as herbal medicines because they are believed to help overcome certain health conditions. One of them is ganoderma mushroom. 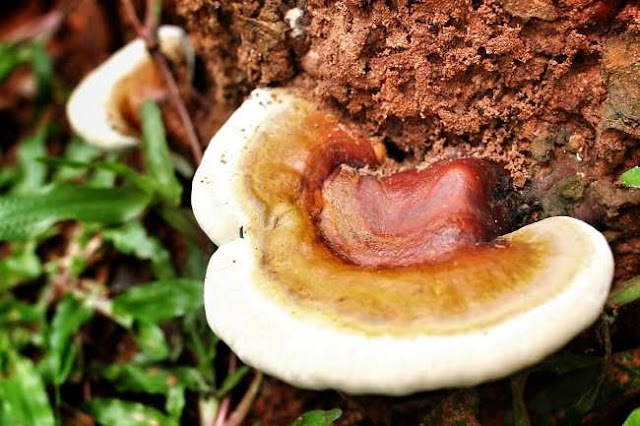 Ganoderma is a fungus that grows on wood. This fungus is commonly found in hot and humid areas of Asia. The mushroom body looks like a yellow or brown fan on the inside. This mushroom is widely used in traditional Asian medicines. In China, ganoderma is called lingzhi. Meanwhile, in Japan it is called reishi.
The composition of ganoderma mushrooms mainly consists of water, protein, fat, carbohydrates, fiber, ash, and several types of vitamins and minerals, such as calcium, potassium, phosphorus, magnesium, selenium, zinc, and copper. Several types of ganoderma mushrooms contain bioactive ingredients such as triterpenoids, lectins, peptidoglycans and polysaccharides. Other substances such as iron, cadmium and mercury are also found in ganoderma, but their levels are very low.

Traditionally, ganoderma is widely used to nourish the body. However, various studies are currently being conducted to explore the possible benefits of ganoderma for treatment, including:

One of the best benefits of ganoderma mushroom is that it strengthens the immune system. Laboratory tests show that the ganoderma mushroom can have a good effect on white blood cells which are an important part of the immune system to fight infection.
A limited study examined the use of ganoderma in patients who developed nerve pain after infection with the varicella zoster virus. The results of the treatment showed a decrease in pain and wound healing, without any reported symptoms of poisoning. Another study found that the use of ganoderma with other herbs can speed recovery in genital herpes and herpes labialis. However, the benefits of ganoderma as a medicine still need to be studied more deeply.

In addition to strengthening the immune system to fight infection, ganoderma mushrooms are also believed to improve quality of life, make the body less tired, and relieve anxiety and even depression. However, the side effects and safety of using ganoderma as a treatment for this disorder are still not supported by strong scientific evidence.

Although further research is still needed, preliminary results of the study suggest the possible benefits of certain types of ganoderma. It is known that some types of this fungus can reduce symptoms of chest pain and difficulty breathing due to blockage of clean blood vessels or arteries.

Several ganoderma constituents, including polysaccharides and triterpenoids, have shown antioxidant activity in studies. Antioxidants will protect cells from damage while protecting cell immunity, so they can help prevent cancer or other chronic diseases.

Ganoderma is one type of plant that is studied as an anticancer. Ganoderma extract which is rich in polysaccharides and triterpenoids is thought to prevent normal cells from becoming cancer cells and suppress the effects of tumor growth. However, this research is mostly done on experimental animals and still needs to be done further research in humans.

For certain health conditions, the consumption of ganoderma mushrooms needs to be more careful. The use of ganoderma mushrooms at high doses may increase the risk of bleeding. Be wary of consuming this mushroom if you have certain bleeding disorders, including people with thrombocytopenia or people taking blood-thinning medications.
The possible risk of bleeding due to ganoderma will also be very dangerous for patients before and after surgery. Stop taking ganoderma at least 14 days before surgery.
For people with low blood pressure, it is feared that this fungus can worsen the condition and affect the treatment carried out. Pregnant and lactating women are also advised to be careful. To be safer, you should avoid consuming ganoderma mushrooms, because the effects on the fetus and baby are not yet known.
The use of ganoderma mushrooms for more than 3 months can cause a reaction in the form of a dry mouth, throat, and nose. Other side effects that can also occur when taking ganoderma in the long term are dizziness, headache, rash and itching, stomach pain, and nosebleeds.
Until now, research on the direct benefits of ganoderma in humans is still very minimal, so it is difficult to determine how much ganoderma consumption is right for the treatment process.
Although ganoderma mushrooms are thought to have several benefits, always consult a doctor before you consume them. This is intended to avoid side effects or unwanted things.