Be careful, the savory effects of Vetsin are not without health risks

Be careful, the savory effects of Vetsin are not without health risks

In addition to being added to home cooking for flavor, vetsin is also found in many processed packaged foods. For some people, consuming foods with vetsin does not cause any symptoms, but for others it turns out that they can feel the negative effects of vetsin. 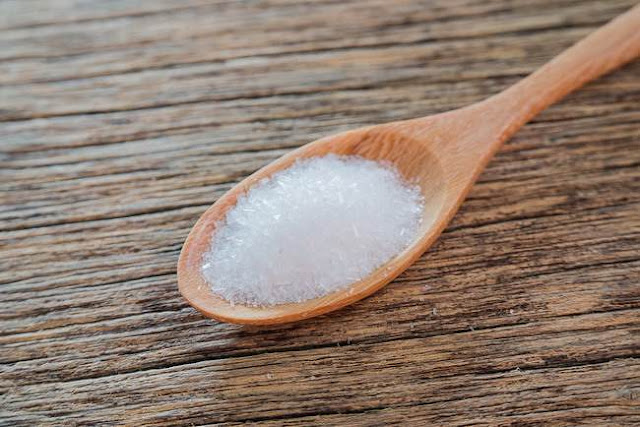 Vetsin or also known as MSG (monosodium glutamate) is a food additive that is useful as a flavoring agent. It is a white crystalline powder resembling salt or sugar. Vetsin was first produced by a Japanese researcher who tried to duplicate the natural savory taste of kombu, the seaweed that is the basis of Japanese soup.
In today's world of food industry, vetsin is mostly produced from fermented flour, molasses, or cane sugar which is produced through a process similar to the manufacture of yogurt and wine.
Vetsin is used to flavor food without the need to add a lot of other additives. This is why this flavoring is often considered an effective and efficient way to enrich the taste of a dish. In addition to cooking, vetsin is also often added to various processed foods, such as potato chips and processed meats. The content of vetsin in these packaged foods generally must be listed regarding the levels and types on the label or list of ingredients.

Beware of Chinese Restaurant Syndrome Due to Vetsin

Under normal conditions, the human body can actually process high levels of vetsin, because vetsin itself is naturally produced by the intestines as a result of protein digestion. Even so, the consumption of vetsin is still not good if it is excessive.
Discussing about excess doses of vetsin, in the 1960s, a case was revealed called the chinese restaurant syndrome. A group of people feel certain symptoms after eating food from a restaurant that serves Chinese cuisine. These symptoms are indicated as a result of the addition of vetsin or MSG in excess to food.
About two hours after consuming foods that contain vetsin, some people who are sensitive to this ingredient may experience symptoms, such as sweating, headache, nausea, fatigue, skin redness, mouth and/or throat discomfort, or even numbness in the throat. . Sodium levels in vetsin also if consumed in excess it is feared that it can increase blood pressure.
In certain very rare cases, some others experience more serious symptoms, such as shortness of breath, swelling of the face, swelling of the throat, palpitations, or chest pain. In severe cases, these symptoms require immediate medical attention.

A study found an association between vetsin and allergic reactions to MSG in some people, but only found some mild symptoms, such as headaches, chest pain, and tingling skin. Meanwhile, other studies have found a relationship between the consumption of vetsin in children with dermatitis. However, this relationship still needs to be investigated further.
In conclusion, only a small proportion of people are suspected of experiencing mild and short-term negative reactions due to the consumption of vetsin. These mild symptoms will generally subside on their own or can be managed with simple ways, such as drinking a few glasses of water or taking painkillers to relieve headaches.
If you are concerned about the effects of vetsin, it never hurts to check the labels on processed food packaging before buying it. Get to know various other names of vetsin to minimize its consumption. On packaging labels, vetsin is often listed as sodium 2-aminopentanedioate, MSG monohydrate, UNII-W81N5U6R6U, sodium glutamate monohydrate, glutamic acid, monosodium salt, monohydrate, L-Glutamic acid, L-Monosodium glutamate monohydrate, and monosodium L-glutamate monohydrate.