Bad Impact Behind the Habit of Eating and Drinking while Standing

The habit of eating and drinking while standing tends to be considered not in accordance with the norms of decency that exist in general society. However, from a medical perspective, it turns out that this habit also has a bad impact on body health, you know! 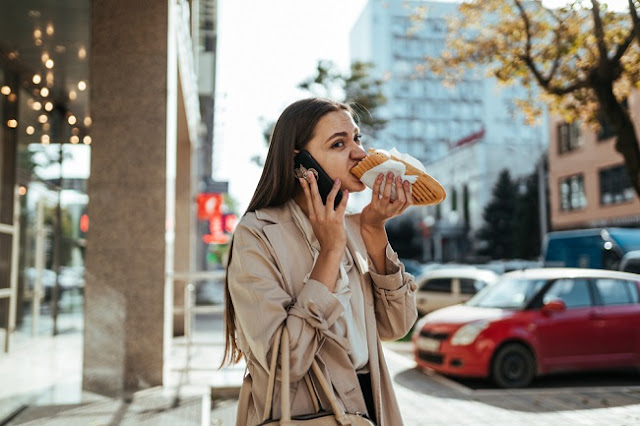 In some circumstances, a person inevitably has to eat while standing, for example when attending an event where seats are limited or when you are in a hurry. However, it is not uncommon for someone to eat while standing even though a chair is available. Although in some circumstances this is more efficient to do, but should not be made a habit, yes.

Although it looks trivial, eating and drinking while standing can have a negative effect on health. The following are possible impacts:

The work of the digestive system in the body is influenced by the position of the body when eating. Eating while standing can cause the stomach to empty its contents too quickly. This makes the stomach does not have much time to break down the substances in the food, so that the nutrients that are digested and absorbed by the intestine are not optimal.

Food or drink that is not digested and absorbed properly by the intestines can make your stomach bloated, you know. Flatulence can be painful, uncomfortable, and can make your stomach look enlarged.
In addition, eating or drinking while standing will usually make you swallow faster. This can make too much air into the digestive system and cause the stomach to become bloated.

When eating while standing, gastric emptying occurs more quickly. As a result, the stomach can accommodate more food during meals. Plus, eating standing up makes you more likely to eat faster.
When you eat faster than usual, the working hormones send a satiety signal to the brain so it doesn't have time to work. Generally, when the signal finally appears, you have already eaten too much.
By eating slowly, you become more sensitive to satiety and can control your appetite. In addition, the delicious taste of food can also be enjoyed better when you eat slowly.

Eating and drinking standing up, especially if you are in a hurry, can also make you choke. Although it seems simple, choking can cause complications that can be life-threatening.
Although it has a bad impact and is considered impolite, eating while standing is recommended under certain conditions, you know. For people with GERD, the risk of stomach acid rising into the esophagus is less if gastric emptying is faster, so eating standing up may prevent this from happening.
Eating and drinking while standing or sitting has its positive and negative sides. So, actually you are free to choose which one is best for your health, but what is clear, try to eat slowly with portions that are not excessive.
In addition, make sure you always choose healthy foods and drinks every day, yes. If you still have questions about the correct eating and drinking pattern according to your health condition, don't hesitate to consult a doctor.