Avoid the Dangers of Eating Pork in this Way

Avoid the Dangers of Eating Pork in this Way

Pork is quite popular. But be careful, the dangers of pork need to be watched out for. Especially if this meat is not processed properly or consumed in excess. 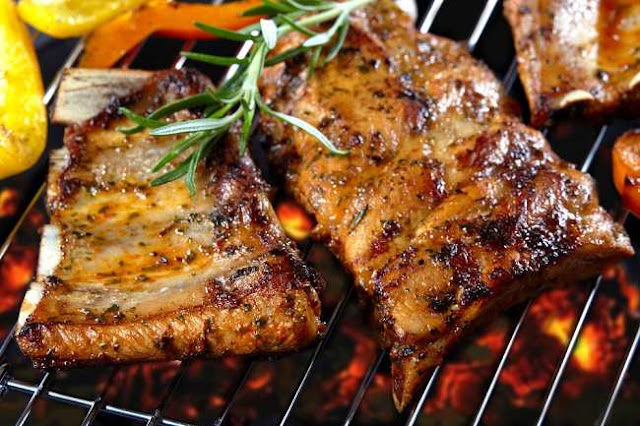 In addition to protein, the saturated fat content in pork is also very high. That is why, consuming pork too often can cause fat deposits in the body. These fatty deposits will cause high cholesterol levels in the blood, thereby increasing the risk of heart disease.

The Disease Risk Behind the Danger of Pork

Besides being able to trigger heart disease, consumption of pork is also at risk of causing:

You need to know that eating raw or undercooked pork is very risky to cause parasitic infections. This can happen if pork contains tapeworms and Trichinella spiralis worms which can cause trichinosis.

Although it still needs to be investigated further, a study shows a relationship between consuming pork and the emergence of liver disease, especially liver cancer and cirrhosis.
This is due to the N-nitroso compound which is found in many processed pork products cooked at high temperatures. In addition, the high content of polyunsaturated fat in pork is also an underlying factor in liver disease.

Multiple sclerosis is caused by a disorder of the immune system that attacks the protective membranes of the nerves and spinal cord. The researchers found a link between eating pork and an increased risk of developing multiple sclerosis.
This association was not found in the consumption of other meats, such as beef or mutton. One reason is that pork may contain prions, which are proteins that can trigger nervous breakdowns and damage. In addition, consumption of undercooked pork is also at risk of transmitting the nipah virus.

Tips to Avoid the Danger of Pork

Like other types of meat, pork can be processed in various ways. But to avoid the dangers of pork, pay attention to the following things before you process it:
In 2020, researchers found that many swine flu viruses mutated into a new type of virus called the G4 virus. Although there are no case reports stating that the virus can be transmitted through consumption of pork, it's a good idea to keep processing pork until it is fully cooked when you want to eat pork as a preventive measure against the virus.
Choose pork carefully and process it according to the suggestions above to avoid the health hazards of pork. One more thing that is no less important, avoid consuming pork in excess.
Consult a doctor if you experience health problems after consuming pork, so that you can be treated immediately.