About Protein Shakes, Benefits and Safety for the Body

About Protein Shakes, Benefits and Safety for the Body

Protein shake is a drink of protein powder mixed with water. This nutritional supplement is usually taken by people who want to lose weight or increase muscle mass. However, there are some things related to the risks and side effects of protein shakes that are important for you to know. 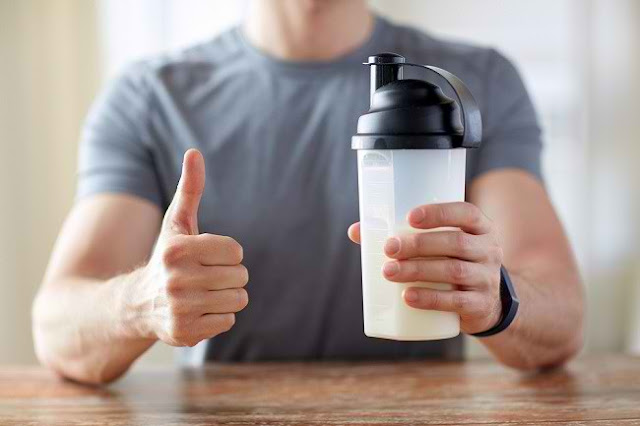 Protein is an important nutrient that the body needs to repair damaged cells and tissues. In addition, protein also functions to produce various important substances in the body, such as antibodies, hormones, and blood clotting substances.
Protein shakes can be an alternative for those of you who have difficulty meeting protein needs through food or need a higher protein intake for certain reasons, such as being on a diet or undergoing an exercise program to build muscle.

Protein shakes are included in the type of nutritional supplement. The term protein shake itself comes from the way it is served in a shake (shake) in a bottle until dissolved.
There are several types of protein that are used as protein shakes, namely:

Similar to whey, casein is also derived from cow's milk and contains essential amino acids. The difference is, casein is absorbed more slowly by the body.

Soy protein is an alternative for those who are allergic to cow's milk. Soy protein also contains essential amino acids and isoflavones.

Hemp protein is a plant protein that is high in omega-3 and omega-6, but low in essential amino acids, especially lysine.
In addition, there are protein shakes made from rice protein, pea protein, and egg protein. Some protein shake products even combine the types of protein above to complement the types of amino acids contained in them.

There are several benefits of protein shakes for health and fitness, including:

Protein shakes can suppress hunger and appetite in two ways. First, it reduces the hormone ghrelin, which triggers hunger and suppresses appetite. Second, it makes you feel full longer.
These benefits make protein shakes often used for weight loss. However, keep in mind that consuming too much protein shake is not good, because it can cause excess calories. This actually risks causing weight loss is difficult.
So, if you are trying to lose weight, 20 grams of protein shake in one drink is enough to reduce hunger.

High protein intake can increase metabolism, because it takes more energy to digest protein. In the process, muscle burns more calories than fat, so when combined with muscle-building exercise, consuming protein shakes can increase muscle mass.
Studies also show that consuming at least 40 grams of protein before bed can stimulate the body to produce muscle tissue. Therefore, consuming protein shakes before bed can be an alternative to increase muscle mass and strength.
However, it is important to remember that the formation of body mass and muscle type also depends on the type of physical exercise or sport being undertaken.

High protein intake can help you lose more fat, especially belly fat, which can increase the risk of various diseases.
In some studies, participants who go on a diet by replacing some of their calorie intake to protein will experience a decrease in belly fat and weight. However, this method will be effective if accompanied by regular exercise.

Protein shakes were initially consumed by athletes who wanted to improve physical performance. This is because protein intake, including protein shakes, can increase muscle strength during exercise and increase stamina.

Protein Shake Risks and Side Effects

Protein shakes are considered safe if consumed in reasonable amounts and according to the instructions for use. However, consumption of protein shakes can sometimes pose some risks and side effects, including:

Protein shakes can cause digestive problems, such as flatulence and diarrhea, when consumed by people with lactose intolerance. In addition, people who have difficulty digesting protein or lack digestive enzymes can also be more at risk of indigestion when consuming protein shakes.

Consumption of protein shakes can make the body become excess protein. This can increase the risk of several health problems, such as dehydration, calcium deficiency, and kidney disorders. Therefore, a high-protein diet is generally not recommended for people who have kidney disease.
In addition, there are protein shakes that contain a lot of added sugar and sweeteners. If consumed too often or in excess, this can increase the risk of developing diabetes.
In certain cases, consumption of protein shakes can also cause allergic reactions, especially in people who have a history of certain food allergies, such as milk allergies.
Protein needs can actually be easily met through the consumption of high-protein foods. Although protein shakes can be consumed to meet protein needs, protein intake from food is still better than supplements.
If you want to consume protein shakes for a specific purpose, you should first consult with your doctor about the benefits, side effects, and dosages that suit your needs.