7 Benefits of Barley for Body Health

7 Benefits of Barley for Body Health

The benefits of barley for health are not small, ranging from maintaining an ideal body weight to preventing various dangerous diseases such as heart disease and diabetes. 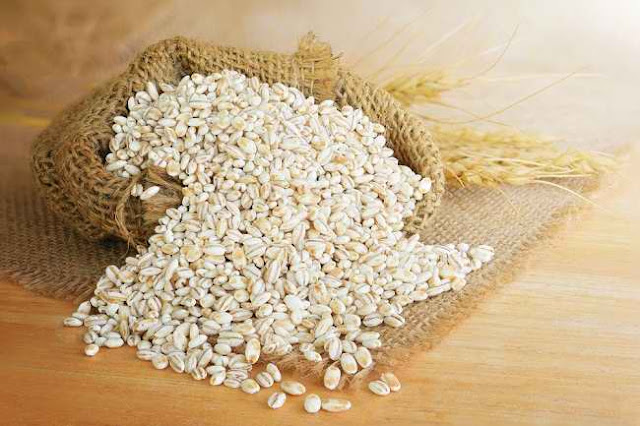 Barley or also known as barley is one type of grain that is rich in fiber. Barley is often used as a raw material in the manufacture of bread to pastries. However, besides being able to be processed into bread and cakes, barley can also be consumed as cereal, soup, salad, tea, to substitute for rice.
Not only the seeds, the grass part of the barley plant can also be processed into a healthy drink.

Although not as famous as wheat or oats, barley also has a myriad of nutrients that are beneficial to the health of the body. In 100 grams of barley, there are 350 calories and a variety of the following nutrients:
Not only that, barley also contains B vitamins, folate, vitamin K, manganese, and various antioxidants, such as lutein, zeaxanthin, and flavonoids.

Various Benefits of Barley for Health

Because of its diverse nutritional content, there are a number of benefits that you can get from consuming barley. The following are some of the health benefits of barley:

As a high-fiber food, barley will keep you feeling full longer. When consumed regularly, barley can help you maintain an ideal body weight.
Not only that, the beta-glucan content in barley can also reduce fat tissue in the stomach and increase the body's metabolism.

In addition to maintaining weight, the fiber content in barley is also useful for improving digestion and preventing constipation.
The fiber content in barley also has prebiotic properties. This means that barley can support the growth of good bacteria in the gut. Consumption of barley is even believed to be able to reduce inflammation and relieve symptoms of disorders of the digestive tract, such as irritable bowel syndrome and ulcerative colitis.

Lowering cholesterol levels in the body

Barley is one type of food high in protein and fiber and low in fat. The high fiber content in barley can reduce cholesterol absorption, so it can lower cholesterol levels in the body.
Thus, you can avoid the risk of diseases caused by high cholesterol, such as cardiovascular disease.

Lowers the risk of heart disease

The fiber in barley can lower cholesterol levels, while the potassium content can lower blood pressure. These benefits make barley good for regular consumption to maintain heart health and reduce the risk of heart disease.

Not only high in fiber, barley is also rich in magnesium and antioxidants. The combination of these nutrients and substances makes barley useful in lowering blood sugar levels and optimizing the performance of the insulin hormone. Thus, the risk of developing diabetes can be reduced.

The fiber content in barley is also useful for preventing the formation of gallstones. A study even shows that the risk of developing gallstones can be reduced by up to 10% every time you eat barley.

Reduce the risk of colon cancer

A healthy diet with high-fiber grains, such as barley, has been shown to reduce the risk of various chronic diseases, including colon cancer.
Not only that, barley also contains substances that are antioxidants and anti-inflammatory. This effect makes barley useful for inhibiting the growth of cancer cells.
Although the benefits are very many, not everyone can consume barley. This is because barley contains gluten, so it is not suitable for consumption by people who have gluten allergies or celiac disease.
Therefore, if you have celiac disease or a gluten allergy, consult your doctor first before consuming barley.
If you want to consume barley or its processed products, you are advised to choose whole grain barley in order to get the maximum benefits. In addition, do not forget to accompany the consumption of barley with other nutritious foods and continue to apply a healthy lifestyle.