6 Benefits of Rosemary for Body Health

6 Benefits of Rosemary for Body Health

You may already be familiar with rosemary plants. In addition to having a distinctive aroma, this herbal plant also has various health benefits that are not to be missed. 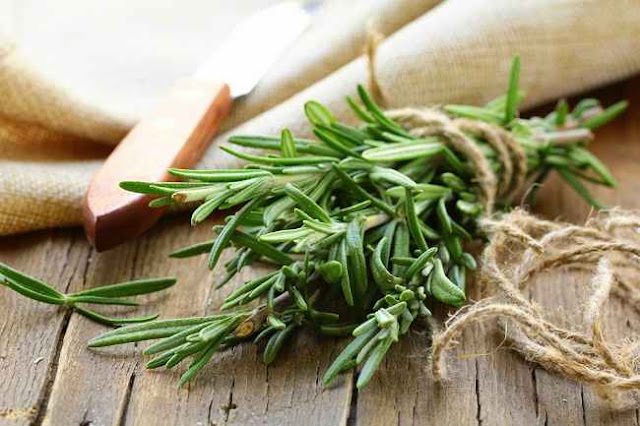 Rosemary which has the Latin name Rosmarinus officinalis is an herbal plant originating from the Mediterranean mainland. However, this herbal plant has now been widely cultivated in Indonesia.
In everyday life, rosemary is often used as a cooking spice. However, beyond its culinary benefits, rosemary can also be used as aromatherapy, herbal teas, and supplements. This is because rosemary has several nutritional content, such as:
In addition to the nutrients above, the rosemary plant also contains chemicals that are known to have antioxidant, antibacterial, antiviral effects, and can relieve inflammation in the body.

Various Benefits of Rosemary for Health

The following are some of the health benefits of rosemary:

The content of anti-inflammatory and antioxidant substances in rosemary appears to reduce the risk of memory loss and impaired concentration.
Not only that, various health studies also show that rosemary extract seems to help improve blood flow to the brain and maintain healthy brain cells to prevent dementia and Alzheimer's disease.

Rosemary contains carnosic acid and rosmarinic acid, which have effects resembling the hormone insulin. Therefore, this herbal plant is considered good for consumption for those of you who want to keep blood sugar levels stable.
However, the effectiveness of rosemary when used as an alternative medicine to lower blood sugar in diabetics still needs to be studied further.
If you have diabetes or are taking antidiabetic drugs, it is best if you consult a doctor first using rosemary herbal medicines or supplements.

A study showed that rosemary extract was shown to maintain eye health and reduce the risk of developing eye diseases caused by aging, such as macular degeneration.
In addition, the antioxidant content of rosmarinic acid in rosemary is also thought to be able to prevent cataract disease and inhibit its development so as not to become a severe cataract.

There are several studies that state that rosemary appears to have a relaxing effect, improve mood, improve sleep quality, and relieve stress and anxiety. These benefits can be obtained from the use of rosemary as an herbal tea or as aromatherapy.

Although it has health benefits, it turns out that rosemary also has side effects.
Rosemary herbal tea or supplements should not be taken if you are allergic to aspirin. This is because rosemary contains the chemical salicylate which has a chemical structure and effects similar to aspirin.
If you have a rosemary allergy, then the use of rosemary can cause various allergy symptoms, such as:
In addition, rosemary should not be consumed by people who have blood clotting disorders and a history of seizures.
If consumed as a cooking spice, rosemary is generally quite safe to use and rarely causes side effects. However, remember to always consult a doctor regarding the use of rosemary if you want to use this plant as an herbal remedy.