5 Benefits of Beluntas Leaves for Health

5 Benefits of Beluntas Leaves for Health

The benefits of beluntas leaves for health have been known for hundreds of years. Thanks to the content of various active ingredients in it, beluntas leaves have been widely used as traditional medicine in several Southeast Asian countries, especially Thailand, Indonesia, and Malaysia. 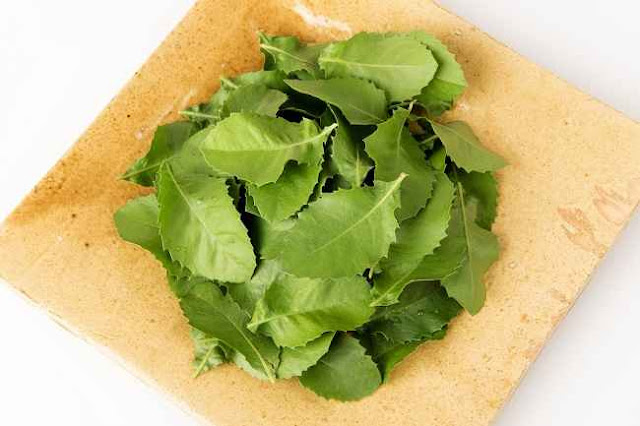 The benefits of beluntas leaves (Pluchea indica (L.) Less) need not be doubted. This tooth-shaped leaf is one of the highly nutritious herbal plants that is believed to be able to treat various chronic diseases.
Beluntas leaves are most often consumed by boiling or made as a tea. Herbal teas or herbs from beluntas leaves have also been widely sold and are quite popularly consumed as health drinks.

The benefits of beluntas leaves can not be separated from the abundant nutritional content in it. This leaf extract is known to contain fiber, calcium, beta carotene, and various types of antioxidants, such as chlorogenic acid, caffeic acid, quercetin, and flavonoids, which are good for body health.
Not only that, beluntas leaves are also considered to have properties as anti-inflammatory, antibacterial, anticancer, and natural pain relievers. These properties are supported by various content of bioactive compounds in it.
Here are some of the benefits of beluntas leaves for health:

One of the benefits of beluntas leaves that are quite popular is to lower blood sugar levels and keep them stable. The leaves of this herb are known to inhibit the breakdown and absorption of sugar in the intestines, as well as increase the production and function of the hormone insulin.
Thanks to these benefits, beluntas leaves are considered to have the potential to prevent insulin resistance and help treat diabetes. However, until now the effectiveness of beluntas leaves for the treatment of diabetes is still not clearly known and needs to be studied further.

Besides being good for preventing diabetes and controlling blood sugar, beluntas leaves are also known to lower bad cholesterol (LDL) levels in the blood. With lower LDL cholesterol levels, your body will be prevented from cardiovascular diseases, including hypertension, heart disease, and stroke.
However, to maintain cholesterol levels and prevent the disease, you also need to adopt a healthy lifestyle, namely by not smoking, exercising regularly, eating healthy foods, and maintaining an ideal body weight.

3. Prevents cell damage due to exposure to free radicals

4. Reduce the risk of cancer

A research in the laboratory showed that beluntas leaf extract appears to have anticancer properties. This leaf is known to inhibit the growth of cancer cells, such as glioblastoma and cervical cancer. However, the effectiveness of this herb as a cancer treatment still needs to be studied further.
Until now, there are no studies that say that beluntas leaves have the same effectiveness as chemotherapy drugs for cancer.

Beluntas leaves also have anti-inflammatory and antibacterial properties. Not only that, this leaf has been used for a long time as a traditional medicine to treat pain. Thanks to these various effects, beluntas leaves are considered good for use as herbal plants to speed up the wound healing process.
In addition to the various benefits above, beluntas leaves also have potential benefits for maintaining the health and function of the digestive system, relieving muscle pain and cramps, and overcoming vaginal discharge.
Although it has great potential, the claims of various benefits of beluntas leaves above still require more research. Until now, there has been no research that can prove the effectiveness and safety of beluntas leaves as medicine.
However, because it contains a variety of nutrients and antioxidants that are good for health, there is nothing wrong with consuming this herb as a herbal medicine or additional herbal supplement.

How to consume Beluntas Leaves

Beluntas leaves can be consumed in various forms and ways, from supplements in the form of capsules to herbs or herbal teas.
If you want to process it as herbal tea, you can boil a few leaves of beluntas in about 300 ml of water, then let it cool. After that, you can consume beluntas leaf boiled water 2-3 times a day before or after eating.
Beluntas leaves are generally safe to consume as supplements or herbs. However, you should not consume beluntas leaves, if you have certain health problems, such as kidney or liver disorders, or if you are taking medicines from a doctor to avoid drug interactions.
Therefore, if you want to use beluntas leaves for health or treatment, you should first consult with your doctor.