Various Side Effects of Coffee that are Important to Know

Various Side Effects of Coffee that are Important to Know

Coffee is often consumed as a solution to relieve sleepiness and improve concentration. However, there are some side effects of coffee to watch out for, especially if you consume it excessively. 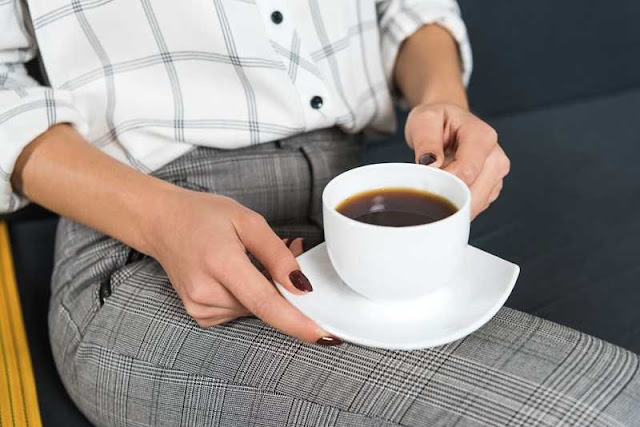 Various studies have proven the benefits of coffee for the body, ranging from improving mood and metabolism to lowering the risk of cardiovascular disease, type 2 diabetes, Parkinson's disease, gout, and cancer.
If consumed in appropriate amounts, ie no more than 2-3 cups per day, coffee is generally safe for adults and does not harm health. However, coffee side effects can arise if coffee is consumed in excess amounts, which is more than 4 cups of coffee per day.

Various Side Effects of Coffee

Too much or too often consume caffeine, over time can cause a side effect called caffeinism. In general, the most common side effects of coffee include:

Caffeine can keep you awake, overcome sleepiness, and improve concentration. However, excessive caffeine intake can reduce sleep time and make the body unable to sleep well. This can make you experience sleep disorders, such as insomnia.

Increased frequency of urination is a common side effect of coffee. Coffee contains caffeine, which is a diuretic, so it can stimulate urination and make you urinate more often. This is what makes you go to the toilet more often after drinking coffee.

Caffeine can indeed increase alertness because it has a stimulant effect. However, the side effects of coffee can also make you restless and anxious. This effect can even lead to panic attacks and recurrence of anxiety symptoms.

Drinking too much coffee can also cause the heart to beat faster and the rhythm of the heartbeat to change (atrial fibrillation). If you experience this after drinking coffee, consider reducing your coffee intake.

Caffeine withdrawal is a side effect of coffee that appears when a person is used to drinking coffee regularly, then suddenly stops consuming it.
When experiencing the side effects of this coffee, you can feel headache, dizziness, nausea, fatigue, difficulty concentrating, and mood swings.
In addition to the various conditions above, drinking too much coffee in the long term can also cause other side effects, such as high blood pressure and rhabdomyolysis.

Who Should Cut Down or Avoid Coffee?

Not everyone is safe to drink coffee. Therefore, you should limit or even avoid coffee if you have certain conditions or diseases, such as:
In addition to the above conditions, pregnant women are also advised to limit coffee consumption because it can increase the risk of miscarriage, premature birth, and low birth weight babies.
Breastfeeding mothers are also advised to reduce coffee. This is because the caffeine content can be absorbed into breast milk, so breastfed babies can become more fussy, have trouble sleeping, and are at risk for colic.
Coffee side effects usually appear when a person consumes coffee in large quantities or in the long term. However, in people who are sensitive to caffeine, coffee side effects can appear even if you only consume coffee in small quantities.
If you often experience side effects of coffee and have difficulty dealing with it, try to consult a doctor.