Soy formula milk is one of the milk choices that are rich in benefits. Although more popularly used for children with cow's milk allergies, soy formula can be consumed by all children and provides the same benefits as cow's milk. 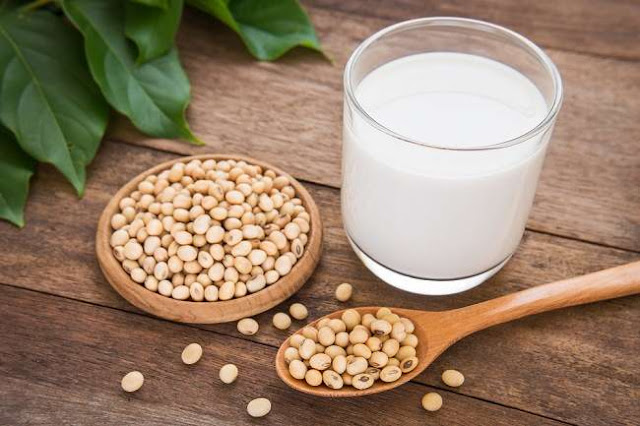 The Difference Between Soy Formula Milk and Regular Soy Milk

Giving homemade soy milk (homemade) or soy milk sold in the market is not recommended for children. Although high in protein, the nutritional content in milk is not in accordance with the nutritional needs of children as a whole, so there is a risk of causing malnutrition and failure to thrive.
Well, the recommended soy milk for children with cow's milk allergy is formula soy milk that has been fortified with a variety of important nutrients in the child's growth phase.

How to Choose a Good Soy Milk for Children

In choosing soy formula for children, there are several things you need to pay attention to regarding the nutritional content in it. Some of the important ingredients that should be present in children's soy formula are:

Make sure that the soy formula given to your little one contains fiber. Children aged 1−3 years need a supply of fiber as much as 19 grams per day. The reason is, fiber has an important role for gastrointestinal health and can prevent constipation in children.
In the digestive tract, fiber also serves as food for the good bacteria in the intestines which are responsible for supporting the work of the child's immune system.
However, meeting the fiber needs of children through food alone is sometimes difficult, not to mention if the child does not like to eat vegetables or fruit. Take for example, to meet just 16 grams of fiber, children must consume 2 kg of boiled carrots in a day. This number is of course too much. Therefore, the additional fiber intake in soy formula can be very helpful.

To support your child's brain development, choose a soy formula that contains omega-3 fatty acids, such as alpha-linolenic acid, EPA, and DHA, and omega-6, such as arachidonic acid and linoleic acid. Research shows that in balanced amounts, these fatty acids can help improve brain function.
Children who get adequate intake of omega-3 and omega-6 generally have better memory and comprehension. Not only that, adequate intake of omega-3 fatty acids can even reduce the risk of developing asthma symptoms in children.

Make sure soy formula for children contains fructo-oligosaccharides (FOS) and inulin. Both of these ingredients are prebiotics that can function similarly to natural prebiotics in breast milk.
Prebiotics are important for children's digestive tract health because they can increase the number of good bacteria in the intestines. More than that, if your little one's digestive health is maintained, his immune system will also be stronger.

Choline is a compound that plays an important role in supporting brain development, muscle movement, nervous system work, and body metabolism. This compound is produced in small amounts by the body so it needs to be obtained from daily food.
Children aged 0−12 months need choline intake as much as 125250 mg per day, while children aged 1−3 years need choline as much as 200 mg per day. To meet these needs, make sure the soy formula given to your little one contains choline.

The next nutrient that should be present in soy formula for children is iron. Children who get enough iron intake tend to be more immune to infection, because this mineral can strengthen the immune system.
Iron also has a very important role in the distribution of oxygen throughout the body. If the distribution of oxygen throughout the body goes well, the body's energy, ability to concentrate, brain function, and motor skills will increase.

Finally, make sure soy formula for children contains taurine or sulfonic amino acids. The nutrients that can be found in meat and fish serve to support the development of the little one's brain.
Not only that, taurine also plays an important role in increasing the body's immunity, maintaining electrolyte balance, maintaining calcium levels, and supporting brain and eye function in children.
In addition to paying attention to the nutritional content of soy formula, you also need to pay attention to the rules for its use. Give soy formula milk to children according to the instructions on the product packaging.
If your little one is allergic to cow's milk and you want to give him soy formula, there's nothing wrong with consulting your doctor first to find out the type and amount of soy formula that needs to be given to your little one.