Himalayan salt is one of the purest salts in the world. Thanks to its very natural mining and processing process, Himalayan salt is free of additives and is considered to have more health benefits than regular table salt. However, is it true? 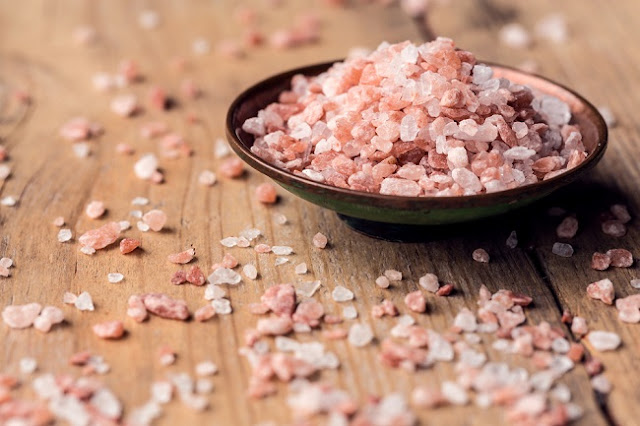 Unlike salt in general which comes from the sea, Himalayan salt comes from one of the oldest and largest salt mines in the world, namely the Khewra Salt Mine located at the foot of the Himalayas, Pakistan.
This pink Himalayan salt mine is believed to have formed from the evaporation of the ocean millions of years ago, which was then buried under layers of lava, snow, and ice in the Himalayas.

The following are some of the health benefits believed to have Himalayan salt along with the facts:

Himalayan salt contains more minerals than regular salt. There are about 84 different minerals that are very beneficial for the body, namely sodium chloride, iron, magnesium, calcium, and potassium.
However, 98% of Himalayan salt is still sodium chloride, which is the same as regular salt. This means that the mineral content of other Himalayan salts is very low. So, using Himalayan salt as daily salt will not significantly affect your mineral needs.
As an illustration, it takes about 2 kg of Himalayan salt to be able to meet the body's potassium needs in a day. This amount of salt is certainly not possible to consume in a day. Even if it were possible, there would obviously be more harm than good.

Consuming Himalayan salt is said to help the body maintain fluid balance thanks to its sodium content.
Sodium is needed to maintain the balance of body fluids, but this mineral can be obtained from many other food sources. In fact, regular salt contains more sodium than Himalayan salt.
In addition to the benefits above, there are many other health benefits of Himalayan salt that are often claimed in the market, such as maintaining a healthy respiratory system, increasing sexual arousal, and improving sleep quality. However, unfortunately, this has not been scientifically proven.

How to Use Himalayan Salt

Since Himalayan salt has almost the same nutritional content as table salt, you can use it in cooking just as you would regular table salt.
Himalayan salt is a safe choice if you don't want to consume the various additives found in table salt. However, what you need to remember, the table salt that we usually consume is generally enriched with iodine and is also the main source of iodine for the body.
So if you want to use Himalayan salt, you have to get your iodine from other food sources, such as dairy products, seaweed, or fish, to avoid an iodine deficiency.
You also still need to pay attention to your daily salt consumption. Like regular salt, consuming too much Himalayan salt can also cause high blood pressure, which in turn can increase the risk of cardiovascular disease, such as heart failure and stroke. In addition, you also need to be careful when giving Himalayan salt to babies and children. To be safer, giving Himalayan salt to this group should be consulted with a doctor first.
If you still have doubts about choosing the best type of salt for daily consumption or the one that best suits your health conditions and needs, don't hesitate to consult a doctor.