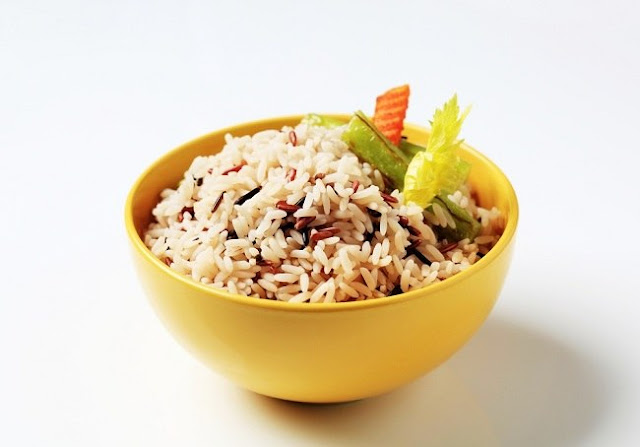 Even though martabak, pizza, meatballs, fried foods, sponge cakes, donuts, chicken noodles have been devoured and entered the stomach, it is not good if they are not accompanied by rice. The jargon of having to eat rice cannot be separated from the fact that rice is one of the staple foods in Indonesia. The forerunner of rice alias rice, generally thrives in this country. In 2009, Indonesia was even among the top three rice producers in the world.
And not only in Indonesia, rice is even lined up as a staple food for more than half of the world's population. Food with the Latin name Oryza sativa or Oryza glaberrima is not only a favorite because of its delicious and filling taste, but also because of the nutrients it contains.
In 100 grams of rice there are at least 1,527 kJ of energy, 80 grams of carbohydrates, 0.12 grams of sugar, 1.3 grams of fiber, 0.66 grams of fat, 11.61 grams of water, and 7.13 grams of protein. Not only that, rice also contains various vitamins and minerals that are useful for the body, such as vitamins B1, B2, B3, B5, B6, calcium, iron, magnesium, manganese, phosphorus, potassium (potassium), and zinc.
Rice was created in various shapes, sizes, and colors. There is rice that is thin, elongated or short round, there is also rice that is white, red, brown, black, or purple. Rice or white rice is unfortunately thought to increase the risk of type 2 diabetes. A study showed that those who ate white rice more than five times a week had a 17 percent higher risk of developing type 2 diabetes than those who only ate large portions of white rice.
Therefore, many people are starting to switch from white rice to brown rice, reducing consumption of white rice, to trying to mix various kinds of rice with beans, grains, beans, or whole grains. In South Korea, this multi-grain rice called kongbap has even become a healthy food trend. Multi-grain rice itself is a healthy food consisting of rice, wheat, and seeds.
The multi-grain rice can vary, from just white rice and peas; a combination of brown rice, peas, red beans, black soybeans, jali, black glutinous rice, barley and sorghum; or added with white rice, brown rice, black rice, green beans, glutinous rice, corn, sesame, and millet.
This healthy rice can not only be consumed as a substitute for white rice, but can also be processed into healthy fried rice.
Each of these grains of course also has nutritional content and properties that are nutritious for the body. Black rice, for example, contains anthocyanin antioxidants which are thought to be able to fight cancer, heart disease, and other health problems. And according to research, multi-grain rice is thought to be more effective than white rice in lowering postprandial glucose levels (blood sugar levels after eating) without increasing insulin secretion.
Curious about the benefits of multi-grain rice? Try it from now on.