White radish which has the Latin name Raphanus sativus is a vegetable that is rich in fiber and vitamin C. There are many benefits of white radish for the health of the body, and one of them is preventing the risk of cancer. 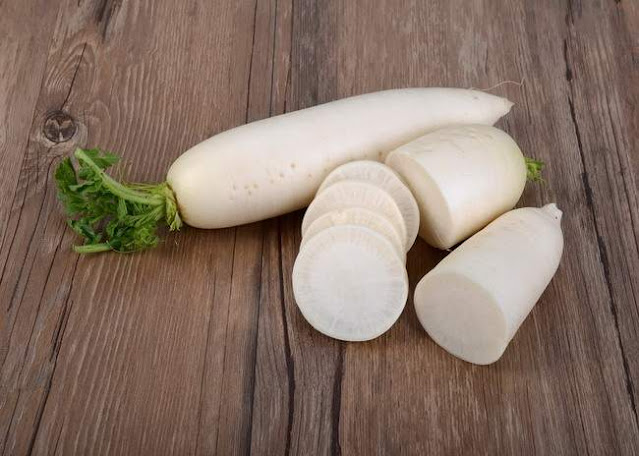 In addition to fiber and vitamin C, white radish also contains other nutrients that are no less important, namely protein, B vitamins, and potassium. The content of these nutrients is believed to have various benefits for the health of the body, especially in maintaining the immune system.

In traditional Chinese and Ayurvedic medicine methods, white radish is known as a plant that can cure sore throats. Not only that, white radish is also useful for treating fever, bile disorders, and inflammation, because the content of vitamin C and minerals in it is very high.

A study revealed that all types of radish plants, including white radishes, contain substances that are antifungal. This substance can kill the fungus Candida albicans, which is one type of fungus that often causes infections in humans.

3. Stabilize the condition of diabetics

Not only as antibacterial and antifungal, white radish is also antidiabetic. A study found that radish seeds are efficacious to overcome insulin resistance, and increase the absorption of sugar from the blood.

4. Prevent the risk of cancer

The use of white radish to treat cancer has long been practiced in several Asian countries, especially in Korea. A study revealed that white radish contains isothiocyanates, which can kill cancer cells and prevent the growth of cancer cells.
White radish also contains antioxidants that are useful against various bad effects of free radicals, including cancer.
In general, white radish is relatively safe for consumption. But if too much, this vegetable can cause irritation in the digestive tract. Pregnant women are also still allowed to consume white radish, as long as it is not excessive. But people who have gallstones, are not advised to eat this vegetable.
You can process white radish into various delicious dishes to get its benefits. Accompany the consumption of white radish with a variety of nutritious foods, as part of a healthy diet to support your body's health.