Before drinking kefir milk, first check the risk of side effects

Milk kefir is fermented milk. Drinks similar to yogurt are becoming popular because they are claimed to bring more health benefits than regular milk. What makes it more friendly is that milk kefir can be consumed by people with lactose intolerance. 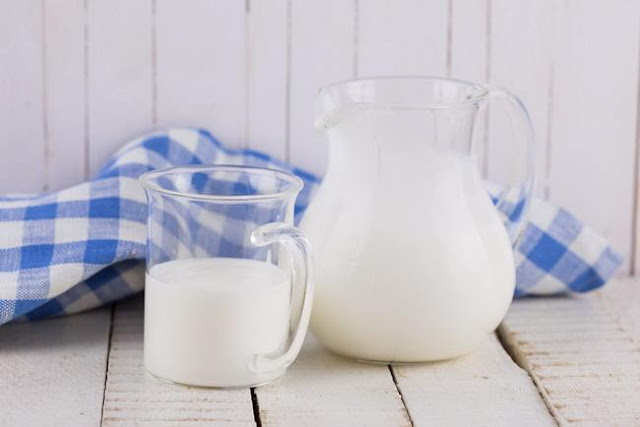 A cup of milk kefir is claimed to contain approximately 12 grams of protein, 15 grams of carbohydrates, 2 grams of fat, and 130 calories. Not only that, milk kefir is also enriched with vitamin A, vitamin B, vitamin D, and various minerals, such as calcium, phosphorus, potassium, and magnesium.

Benefits and Advantages of Milk Kefir

With a variety of nutritional content, milk kefir is believed to have many health benefits, including:

Milk kefir contains a type of probiotic called Lactobacillus kefiri. According to several studies, this probiotic is able to stop the growth of infection-causing bacteria, such as Salmonella, Helicobacter pylori, and E. coli.

One of the many nutrients found in milk kefir is calcium. Calcium is a nutrient that plays an important role in bone health. Adequate daily calcium intake will keep the risk of osteoporosis. Another good thing is that kefir milk is also enriched with vitamin K which is believed to be effective in increasing calcium metabolism while strengthening bones.

Drinking milk kefir when experiencing digestive problems may be able to relieve the complaints you feel. The probiotics contained in milk kefir are believed to restore the balance of good bacteria that maintain intestinal health. Milk kefir also contains antioxidants and anti-inflammatory which can help restore the condition of the digestive tract.

4. Safe for people with lactose intolerance

Probiotics or good bacteria in milk kefir digest lactose as a source of energy. Therefore, the lactose sugar content in milk kefir is less than regular milk. This makes people suffering from lactose intolerance suitable for consuming milk kefir.

6. Reduces the risk of cancer

A study suggests that milk kefir contains substances that can prevent the growth of cancer cells. The way it works is by stimulating and strengthening the immune system.
However, all the benefits of milk kefir still need to be studied further. To get the maximum benefits of milk kefir, you can consult a doctor further, especially if you have certain disease conditions.

The Risk of Side Effects of Drinking Milk Kefir

Generally, kefir milk is safe for consumption by children. However, kefir milk should not be consumed by pregnant and lactating women, because information about its effects and safety in these two conditions is not sufficient.
Although milk kefir is a natural food, it does not mean that this milk can not cause side effects. Some side effects that may occur after consuming milk kefir are constipation, bloating, and stomach cramps.
Although kefir milk contains good bacteria, this drink should be avoided by people with autoimmune disorders or people with weak immune systems. In cancer patients who are undergoing chemotherapy, it is feared that kefir milk can exacerbate the side effects of treatment, such as canker sores, intestinal disorders, and hair loss.

Don't Drink Milk Kefir Along With These Medicines

Consuming milk kefir along with drugs whose side effects weaken the immune system is at risk of worsening the disease. The drugs in question are tacrolimus, azathioprine, basiliximab, and cyclosporine. Milk kefir should also not be taken together with the drug disulfiram, because it can cause nausea, vomiting, and headaches.
In essence, even though it is called a natural ingredient, you still need to be careful in consuming milk kefir. Apart from not having enough research to prove the various benefits, consumption of milk kefir is also at risk of causing some side effects.
Therefore, it would be better if you consult a nutritionist before drinking kefir milk.